The city of Palo Alto was incorporated in 1894 and, today, considered to be one of the most expensive cities to live in the U.S., with its blend of business and residential areas, the neighborhoods are adorned with mature tree-lined streets and accompanied by a vibrant downtown where residents here enjoy fine dining and high-end retail, including that of the infamous Stanford Shopping Center. In addition, residents can enjoy one of the most active lifestyles in and around Palo Alto walking in the foothills or baylands, playing in the parks and/or attending cultural activities.

Of particular importance is Palo Alto's public school system ranked among the top in the nation, lending to Palo Alto's highly educated residents, with nearly 80 percent of those 25 and older holding at least a bachelor's degree. Stanford University would most likely also lend to the Census Bureau estimate, as a leading academic research university that produced many Nobel Prize winners, Silicon Valley CEOs and leading scholars.

In addition to the many international law firms established in Palo Alto, this city is also recognized worldwide as the leader in cutting-edge technology and development. A number of high-tech companies, such as Hewlett-Packard, Tesla Motors, VMware and Skype are headquartered here and Palo Alto also serves as an incubator to several other well-known companies, such as Apple, Google, Facebook, Sun Microsystems, Pinterest and PayPal. 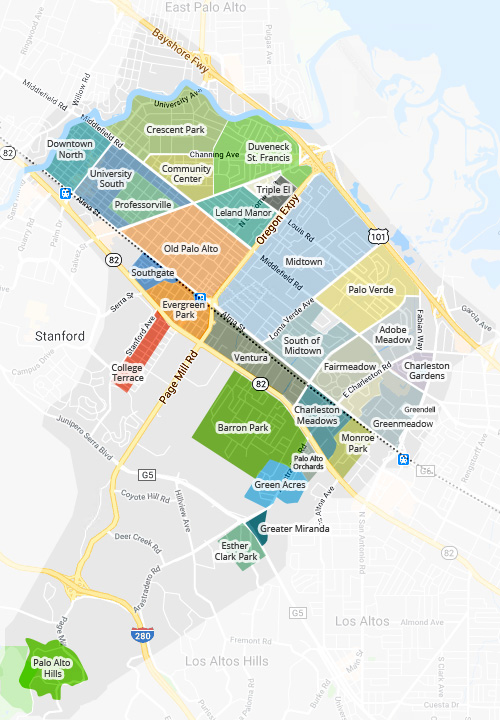